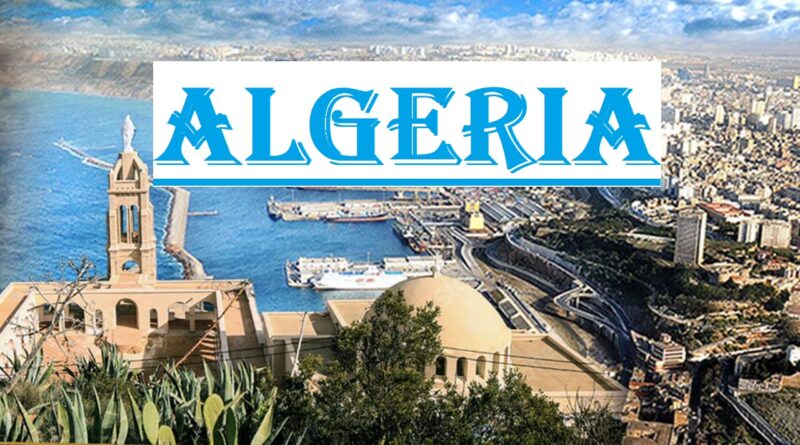 Africa is a continent that is home to many cultures. One of the most colorful countries of this continent is Algeria. For this reason, it is visited by many people for both vacation and honeymoon. Algeria, which is the second largest country in the African continent with an area of ​​approximately 2 million 300 thousand square kilometers, has a very rich cultural texture as it has been under the rule of countries such as the Ottoman and France for many years. It is bordered by Tunisia in the northeast, the Mediterranean in the north, Niger and Mali in the south, Libya in the east, and Morocco in the west, and Mauritania in the southwest. This country, which arouses admiration with its historical buildings in its major cities such as Constantine, Oran, Algeria, its magnificent beaches, its nature where you can see the most beautiful shades of green, and its colorful streets, is one of the popular travel routes for those who love to make cultural trips with its exotic atmosphere.

If you are thinking of cultural honeymoon, Algeria is for you. Home to many ancient communities and tribes, especially the Romans, Algeria still carries the traces of these visitors today. There are artifacts belonging to Ottoman and French cultures in the country. In this article, we will provide information about the best honeymoon destinations, places to visit and the best hotels in Algeria. Don’t forget to take notes to make your honeymoon more enjoyable.

Places to Visit in Algeria

You can choose different destinations for your honeymoon in Algeria. Experience the excitement of exploring this country. You can find dishes from African and Arabian cultures together. The cultural richness of the country, historical buildings with interesting architecture and delicious food will fascinate you.

Djemila Ruins in the northern region of Algeria are leftovers from a Roman city. It is estimated that it was founded between AD 96-98. Djemila, one of the largest Roman cities of the period, was abandoned in the 8th century. Visitors can see many artifacts from the city, such as theatre, arches, baths, temples, columns, during their visit.

Located in the city of Algeria, which is famous for its impressive architecture with Ottoman and French influences, Kasbah is one of the most visited places in both the country and the city. The establishment of the Kasbah, which is located on one of the highest points of Algeria, which is the capital of the country, and surrounded by walls, dates back to the 1516s. Kasbah is also on the UNESCO World Heritage List with its historical buildings and mysterious narrow streets.

Just like Djemila, this is a Roman city established in the north of Algeria, and this ancient city, like Djemila, is included in the UNESCO World Heritage List. The feature that distinguishes Timgad, which was founded in the 1st century AD, from other cities was that it was primarily used as a military base. Although there are many ruins in the city, Trajan’s Arch is the most popular among these ruins.

El Mansourah, located in Tlemcen, is among the places we should include in our list of Algerian historical places. Unfortunately, there is no information sign in this ancient region, where the most interesting structure is the minaret with a height of approximately 40 meters. For this reason, doing detailed research before coming here will make your trip more enjoyable.

Sanra Cruz Castle, one of the 3 castles in the city of Oran, is connected to the other two castles by tunnels. The castle built by the Spaniards in 1577, 400 meters from the sea, is one of the historical places that should be included in the plans of those who plan to visit Oran.

The most famous holiday destination of the city of Oran, which hosts impressive beaches such as Ain El-Turck, Bousfer, Mers El-Kebir, Corales, Les Andalouses, is El Bahia Beaches. If your purpose of visiting this country is to benefit from sea, sand and sun tourism, do not neglect to swim in the deep blue waters of El Bahia Beaches and feel the peaceful and clean air.

La Rue Didouche Mourad, which you can visit in Algeria for shopping, where cafes and shops are lined up, is one of the places where you can spend a very special time by seeing many historical buildings of French architecture. If you want to have fun, you should definitely see this street, which is among the famous historical places of Algeria.

Ketchaoua Mosque, where you can see traces of Byzantine and Moorish architecture, is one of the country’s best-known religious sites. The mosque was built in 1612 and a very spacious interior welcomes the visitors inside the mosque, which is entered by wide stairs. The building, which has served as both a cathedral and a mosque throughout history, is one of the places that should not be missed by visitors who are curious about Algerian history.

Emir Abdelkader Mosque, one of the most magnificent religious buildings of Algeria, allows 15000 thousand people to worship together at the same time. This impressive white mosque with two minarets was built in the 20th century. Although this place is considered as a religious place, it also serves as a university.

Overlooking the Annaba Bay, the basilica awaits you for a pleasant walk in its garden. The 19th-century church stands out for its tall columns and impressive stained-glass windows. Located on top of a hill, the basilica is among the most important Algerian historical sites, offering a glimpse into the history of Christianity and the state. 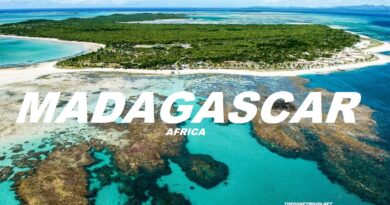 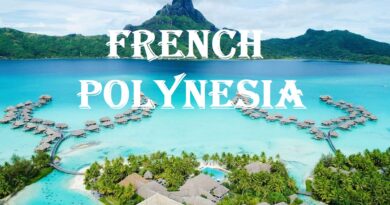 One thought on “Algeria”

In November, American Express Travel released its 2023 Trending Destinations list. The list was compiled using the number of global